N.B. The following text in this blog-post Bishop Westcott on Vivisection is Copyright © 2012 Philip Johnson.

N. B. Westcott’s tracts, that were distributed after 1901, and reproduced below are in the public domain.

Before I refer to Bishop Westcott’s sermon against animal vivisection, it would be prudent to first of all consider the background context out of which his view was formed: namely, the man’s life and faith.

Brooke Foss Westcott (1825-1901) was an English scholar of the New Testament, and an Anglican clergyman. After studying at Cambridge University, he served for a while as a master at Harrow School. He then served as Regius Professor of Divinity at Cambridge from 1870-1890. In terms of ecclesiastical posts, Westcott was appointed as a Canon at Peterborough Cathedral and then at  Westminster Abbey. In the last decade of his life he served as the Bishop of Durham.

Besides his theological interests, Westcott was wide ranging in his reading of many areas of thought including mathematics, the natural sciences, architecture, and poetry.

He wrote more than twenty books including commentaries on the Gospel of John, the Epistles of John and the Epistle to the Hebrews. Other works looked at the practical application of Christian teachings to life. He upheld a mystical and sacramental understanding in his theology and it is reflected in many of his books.

He supported Christian missions in India, and helped to establish the Cambridge Mission to Delhi. He had four sons who participated in missions work in India.

In his years as a Bishop he participated in the work of the Christian Social Union (CSU), which had many practical works among the poor and pursued issues of social justice. The CSU had theological affinities with the social gospel. Westcott himself acted as a mediator in brokering a solution to a strike taken by the workers at the Durham Collieries and the owners.

Several of his books went through multiple editions including works that examined the formation of the canon of the Bible. Another important book that he revised and had republished several times was The Gospel of the Resurrection.

CHRIST’S RESURRECTION IS THE LYNCHPIN 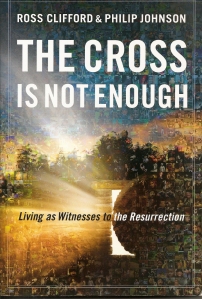 In my recently published co-written book The Cross Is Not Enough (Grand Rapids: Baker, 2012), I closed our chapter on the resurrection in church history (page 221) by quoting Westcott:

“The message of the Resurrection sums up in one fact the teaching of the Gospel. It is the one central link between the seen and the unseen. We cannot allow our thoughts to be vague or undecided upon it with impunity. We must place it in the very front of our confession, with all that it includes, or we must be prepared to lay aside the Christian name. Even in its ethical aspect Christianity does not offer a system of morality, but a universal principle of morality which springs out of the Resurrection. The elements of dogma and morality are indeed inseparably united in the Resurrection of Christ; for the same fact which reveals the glory of the Lord, reveals at the same time the destiny of man and the permanence of all that goes to make up the fullness of life. If the Resurrection be not true, the basis of Christian morality, no less than the basis of Christian theology, is gone. The issue cannot be stated too broadly. We are not Christians unless we are clear in our confession on this point. To preach the fact of Resurrection was the first function of the Evangelists; to embody the doctrine of the Resurrection is the great office of the Church; to learn the meaning of the Resurrection is the task of not one age only, but of all.” (Brooke Foss Westcott, The Gospel of the Resurrection, London and Cambridge: MacMillan, 1866, pp 6-7).

The centrality of the resurrection is crystal clear in Westcott’s thinking as he values it as the theological lynchpin upon which all else rests.

WESTCOTT ON NATURAL WORLD AND ANIMALS

Although Westcott did not write a work in animal theology, he did make scattered remarks that ought to be remembered. Westcott (1884: 58) took a Christocentric view about the natural world, which by extension he saw as a call to Christians to be reverential, tender, watchful and loving towards all creatures:

Christ as the light opens the secrets of the visible order of Nature. We too on our part by reverence, by tenderness, by patience, by watchful and loving care for all creatures can make it felt about us that we can look for Him and see Him in His works, and know that through them He is still waiting to teach us more of the wonderful things of His law.

Westcott (1897: 375-376) believed that a callous disregard for the life of creatures through the sport of shooting and the practice of vivisection reflected badly on the character of those involved. In Westcott’s view this showed a complete lack of reverence toward the life given by God to all creatures, which stands in sharp contrast to the spirit of tenderness found in Christ:

The flower torn up and thrown upon the ground, the sea-bird shot upon the wing in the wantonness of skill, the dog tortured in vain curiosity show the same temper. And such actions trivial as they may seem, profoundly affect the character of the doer. When we violate the reverence due to God’s creatures we grow insensible to the joy which they can bring. We spoil and waste our heritage. On the other hand the spirit of devotion is strengthened by habitual tenderness.

Another long-forgotten contribution from Westcott came in a sermon he delivered during his time as a Canon at Westminster Abbey. In September 2011, I obtained from a British antiquarian book dealer two small tracts that use excerpts from the sermon that Westcott preached at the Abbey on 18 August, 1889. 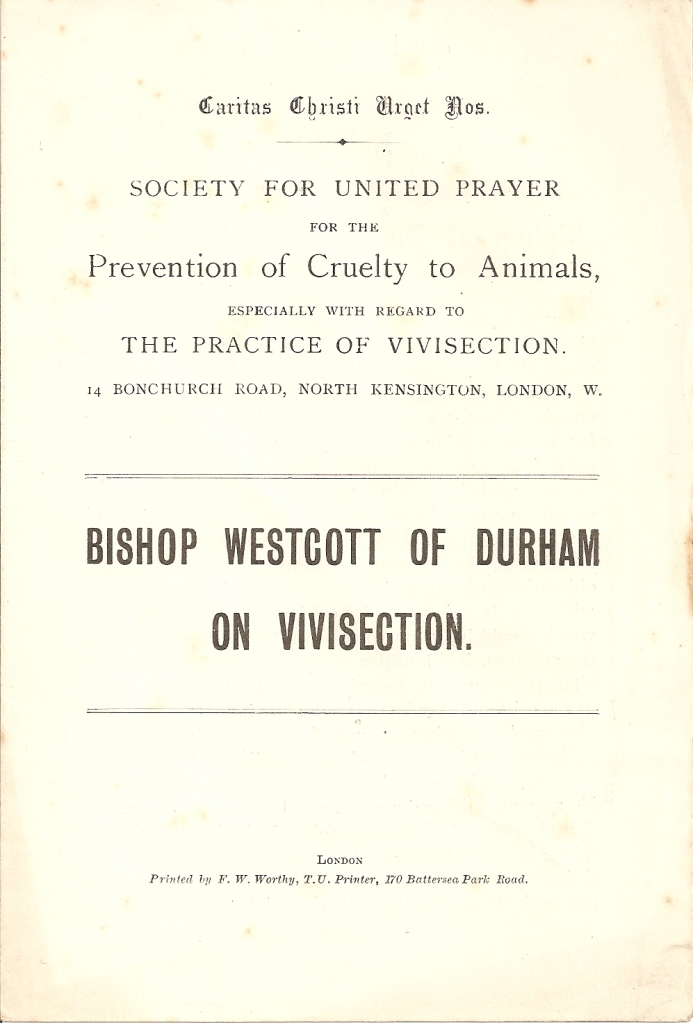 Brooke Foss Westcott, The Revelation of the Father: Short lectures on the titles of the lord in the Gospel of St. John (London: MacMillan, 1884).